WorkplaceLeader, vol 1, no 3: The Workplace Fight Against COVID-19

UPDATE: General Membership Meeting To Be Held Via Telephone

Due to the most recent stay-at-home orders in the DMV issued by Washington, DC Mayor Bowser, Maryland Governor Hogan and Virginia Governor Northam, the OPEIU Local 2 Quarterly Membership Meeting, including the swearing-in of duly elected Officers, Executive Board Members and Trustees, will be held via phone on April 7, 2020 at 5:30pm.

​While the OPEIU Local 2 Constitution, Article IV Section 1 and Section 2, gives the Executive Board the authority to move the meeting date, the Department of Labor (DOL) controls and limits the terms of the Officers, Executive Board Members and Trustees to 36 months.

Therefore, we will hold a General Membership Meeting via telephone limited to the Special Order of Business on the normally planned day.  All members are welcome and encouraged to call the number provided above on April 7th at 5:30 to witness the installation of the duly elected Officers, Executive Board and Trustees.

Please call the following number at 5:30 to be added to the call.  You do not need a meeting access code.

The regular order of business will be moved to July 7th.  Steward reimbursements for the April meeting will be based on the July attendance and paid in accordance with the practice of Local 2.   We will hold a ceremonial swearing in service again at the July 7th meeting.

Kaiser Permanente: We Earned Our Bonuses

The Coalition of Kaiser Permanente Unions has just gotten word that Kaiser Permanente is denying our members their hard earned bonuses. What's happening, why, and how can Kaiser workers fight for their earned Rewards 4 Results bonuses? Tune in to our tele-town hall this Wednesday at 7 PM to learn more. Register below.
Sign Up Here

On one hand, Kaiser Permanente made a record $7.4 billion in profits in 2019 and gave substantial increases to more than three dozen millionaire executives. On the other hand, they are denying OPEIU Local 2 members their earned PSP Rewards for Results bonus.
​Sign our petition and tell Kaiser Permanente to honor its promise: Our members earned their bonuses!
Sign here

Join us in welcoming our newest union members. Read the press release and spread the word! 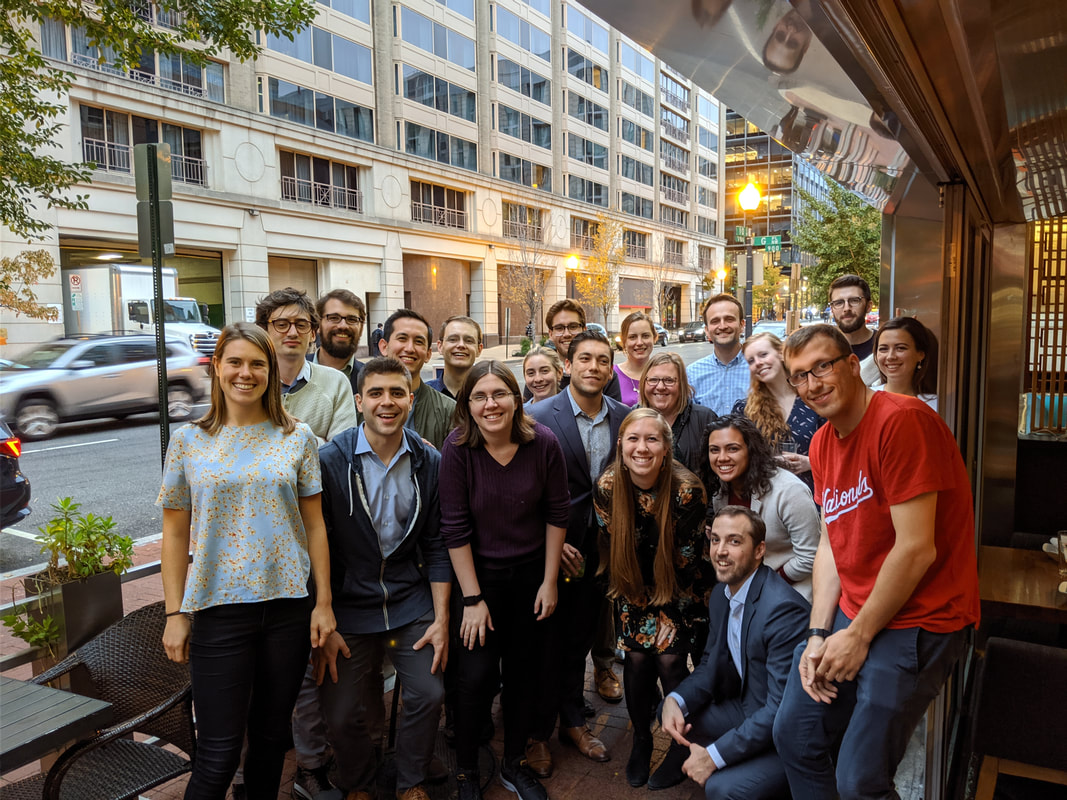 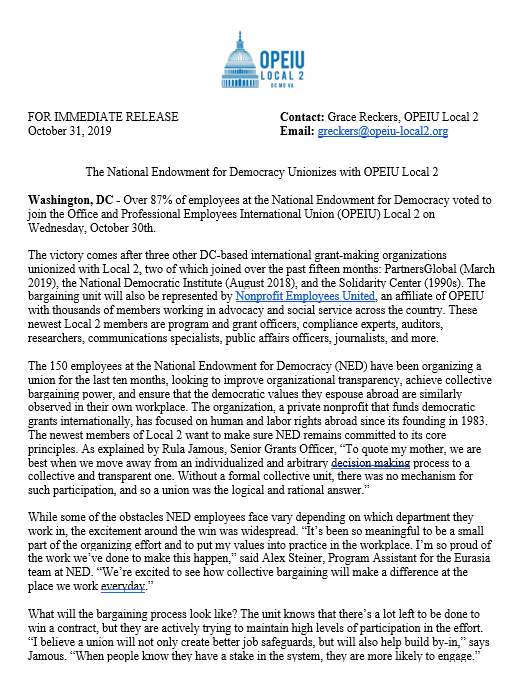 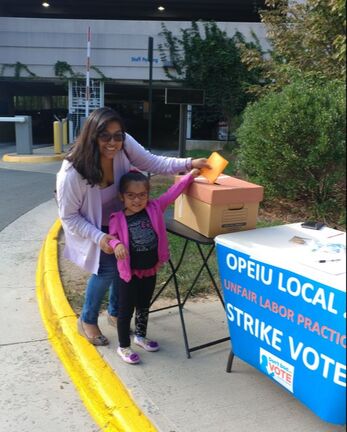 ​We came out, and we came out STRONG.

76% of our Kaiser union members voted overwhelmingly to authorize a strike.

97% of clerical/technical members voted to authorize, along with 90% of professional members.

We are filled with love and support for our hard-working Strike Captains, Stewards, and volunteers who came out to set up voting locations at 5am and did everything they could to bring their colleagues out to vote.

​​They didn't think it could be done, but WE DID IT!

The ACLU of Maryland organizes - and joins Local 2!